5 Interesting Facts about pests in winters 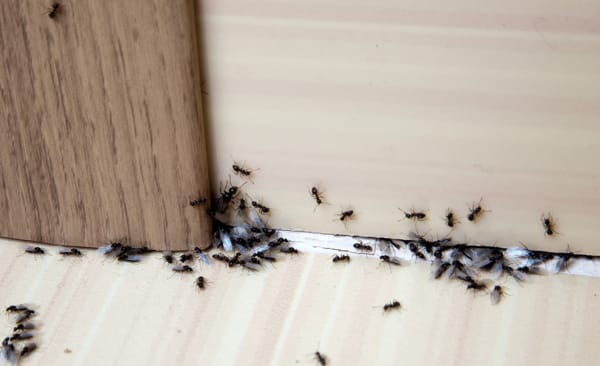 Mosquitoes, rodents, ants and no matter which pest you name all these are mostly cold blooded pests and may not be seen in the winter months specifically. Most of the insects are actually cold blooded and therefor they are not active in winters as they try to find warm places for them in the houses, chimneys and storage spaces. Although, in the meanwhile it becomes a nuisance for the people living in the house to live with these pests around and therefore it becomes necessary to do pest control.

Winter insects to watch out for:-

There are 5 common pests which can be seen roaming in your house frequently during the winter months while they try to hide themselves from the cold and harsh conditions outside. Have a look at the list of the same:-

Ants are more likely to enter your house from the small holes and cracks in the walls. There can be many ants around if you see one, as they are colonizers. Ants are mostly attracted towards the areas of the home where they are more likely to find food sources such as the kitchen and its shelves.

Silverfishes are most common in winter as they like damp and cold weather. They can hide in places like the basement of the houses or rarely used bathrooms. A female silver fish can lay thousands of eggs at once which ultimately would lead to infestation so, it’s important to identify them and get rid of them.

Cockroaches are not used to colder environment as they are most common in southeast and southwest asia. The climate in the middle east is the best suited for pests like cockroaches this is because even in the months of winters the weather is quite warm enough for the cockroaches to roam around the houses and apartments. Cockroach there becomes very common pests throughout the year in these regions.

Spiders are generally throughout the year kinda pests and they usually don’t appear In your home during the winters. You can easily knockout the spiders once their webs are destroyed although it may not be the case if they have already made their shelters in the dark and abandoned spaces of your home which you might not be aware of. Some Spiders can appear as a surprise during the winters which may scare the you-know-what out of you as you never know they can be poisonous especially species like the black widow and brown recluses.

Ladybugs are aesthetically attractive and beautiful pests which are usually seen around gardens and flowers however once winters arrive they can get into your houses to take shelter and create mess with their stink and excreting fluid which may smell really bad although they may not bite you they can really create nuisance for you to take serious steps.

Here are some interesting facts about the pests we saw above:-

That’s right ants have two stomachs and you may wonder how can they have two stomach with such a small size and what is the need for having two stomach for the ants. So, let us tell you that one is for carrying their own food and the other stomach is to carry food for the other ants

Silverfishes are very nocturnal and they might be very stubborn. You are more likely to find the silverfishes in dark places rather than during the day as they are more sensitive to light and therefor they prefer to come out mostly at night and you will find them in your bathtubs and bathrooms very often.

Cockroaches can literally eat anything!! Yes it is right they can eat any organic matter and sometimes other things too. From food crumbs to hairs, cotton pieces, hair, glue, wood they eat all of this and at the same time they can survive upto 4 weeks without food too.

Female ladybugs lay over 1000 eggs in one time out of which most do not survive this is because the female ladybugs when in short of prey starts eating her own eggs so as to feed herself with something.

In fact, ladybugs plan ahead for supply shortages; when food is scarce, ladybugs lay infertile eggs to provide for their offspring.

Although home insects tend to be more common within the summer, there are winter bugs which will swarm or cause problems indoors when it’s cold outside. Winter insects are in search of two things — food and heat. Confirm food is sealed in plastic or glass containers and any crumbs or food debris are quickly cleaned up. If you notice winter bugs round the house, search for where they might possibly be coming from. a niche within the window sill, cracks within the flooring, or a little hole within the wall could allow pests to urge inside. Seal the gaps and you ought to be ready to control the majority of the difficulty.

Cleaning Services in Dubai
20% OFF
Close